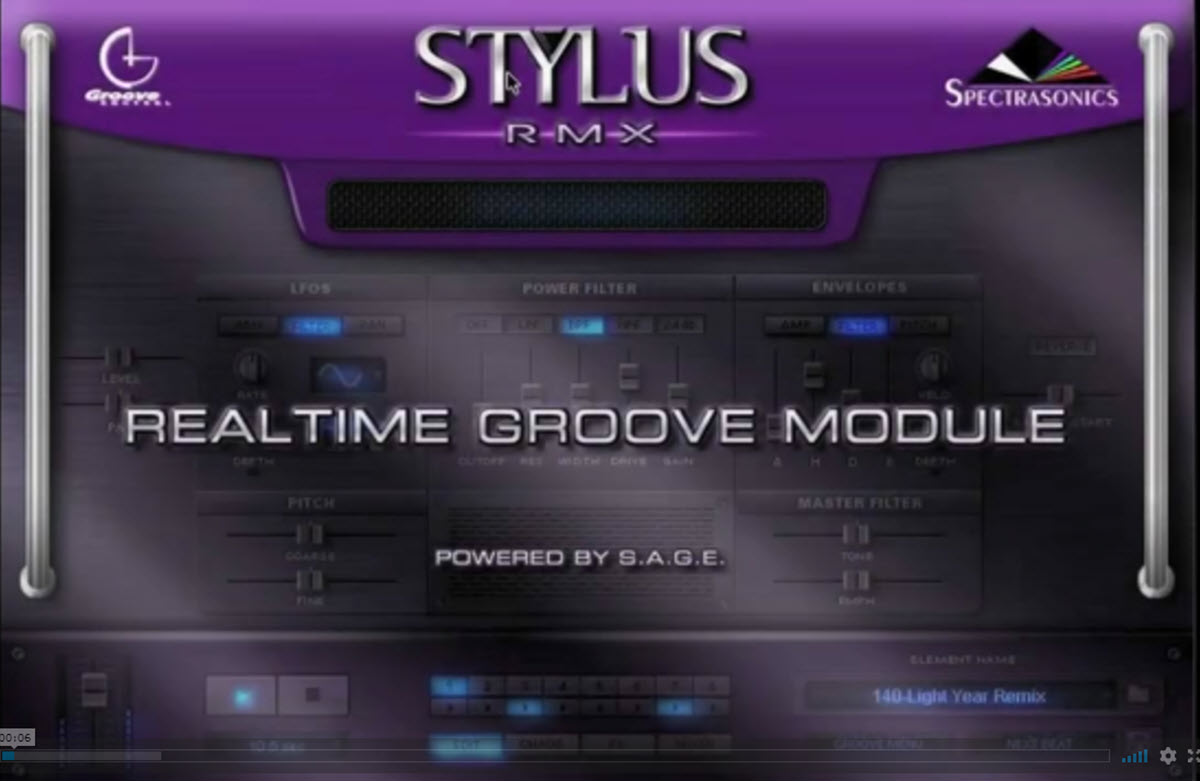 The highly acclaimed core library in Stylus RMX Xpanded has thousands of cutting-edge grooves and sounds that were created by Spectrasonics’ international sound design team, and produced by Eric Persing. The core library contains nearly triple the amount of sounds originally offered in the original Stylus, and contains all the original material as well. The sounds and grooves in Stylus RMX Xpanded offer a much wider range of modern musical genres than the original Stylus. Mixes of grooves are broken down into individual tracks called Elements for flexibility and infinite combinations.